During the 1936 International Surrealist Exposition, held in London, guest speaker Salvador Dalí addressed his audience costumed head-to-toe in an old-fashioned scuba suit, with two dogs on leashes in one hand and a billiard cue in the other. Mid-lecture, constrained by the scuba mask, the Spanish artist began to suffocate and flailed his arms for help. The audience, unfazed, assumed his gesticulations were all part of the performance. As art legend has it, the Surrealist poet David Gascoyne eventually rescued Dalí, who upon recovery remarked, “I just wanted to show that I was plunging deeply into the human mind.” Dalí then finished his speech—and his accompanying slides, to no one’s surprise, were all presented upside down.
This anecdote underscores the most absurdist, even clownish, elements of the Surrealist movement, epitomized by Dalí—who was considered something of a joke figure by the early 20th-century art establishment. But the art movement was actually far more diverse than is widely known, spanning various disciplines, styles, and geographies from 1924 until its end in 1966. 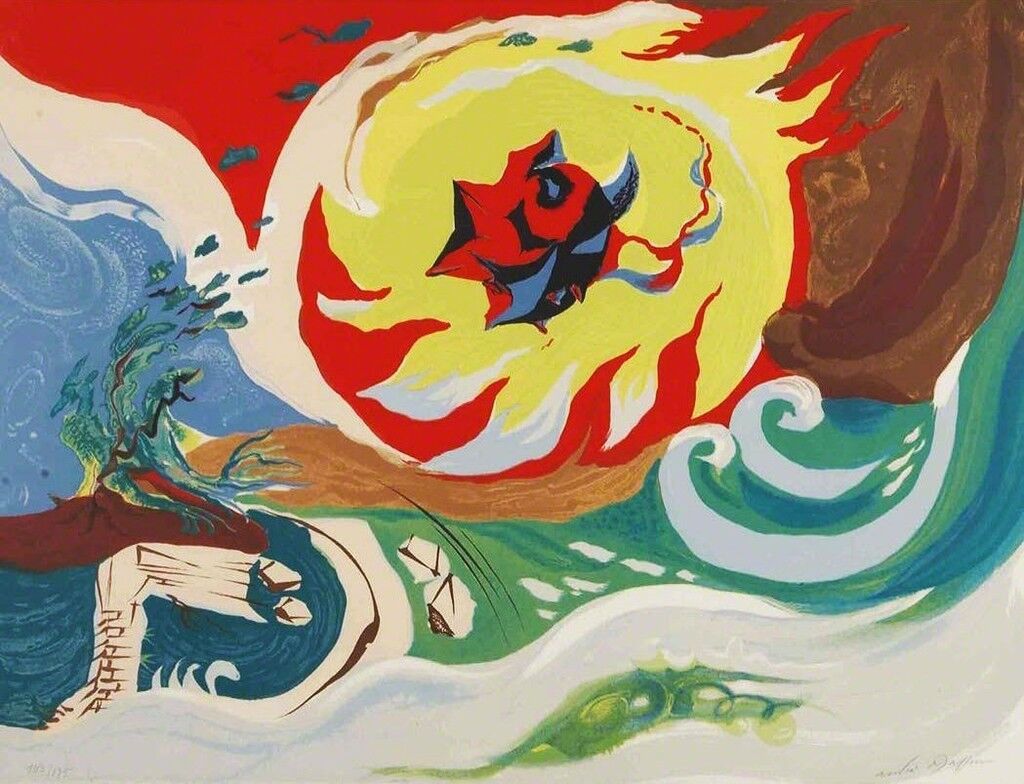 Founded by the poet André Breton in Paris in 1924, Surrealism was an artistic and literary movement. It proposed that the Enlightenment—the influential 17th- and 18th-century intellectual movement that championed reason and individualism—had suppressed the superior qualities of the irrational, unconscious mind. Surrealism’s goal was to liberate thought, language, and human experience from the oppressive boundaries of rationalism.
Breton had studied medicine and psychiatry and was well-versed in the psychoanalytical writings of Sigmund Freud. He was particularly interested in the idea that the unconscious mind—which produced dreams—was the source of artistic creativity. A devoted Marxist, Breton also intended Surrealism to be a revolutionary movement capable of unleashing the minds of the masses from the rational order of society. But how could they achieve this liberation of the human mind? 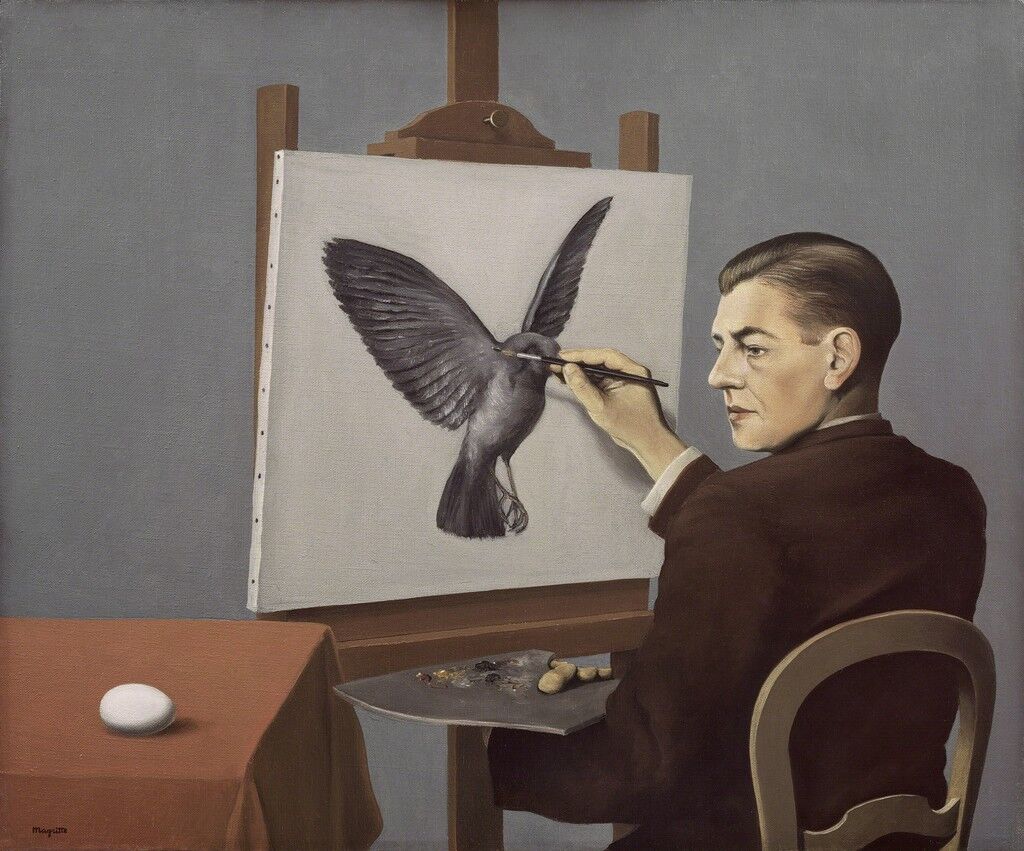 Automatism, a practice that is akin to free association or a stream of consciousness, gave the Surrealists the means to produce unconscious artwork. Surrealist artist André Masson’s mixed-media canvas Battle of Fishes (1926) is an early example of automatic painting. To begin, Masson took gesso—a tacky substance typically used to prime supports for painting—and let it freely fall across the surface of his canvas. He then threw sand over it, letting the grains stick to the adhesive at random, and doodled and painted around the resulting forms. Artists employing automatic methods embraced the element of chance, often to surprising results. Masson’s end product features two prehistoric fish, jaws dripping with blood, fighting it out in the primordial ooze: an unconscious demonstration of the inherent violence of nature.
Not every Surrealist chose to create such abstract works, however. Many Surrealists recognized that the representation of a thing’s actual appearance in the physical world might more effectively conjure associations for the viewer wherein a deeper, unconscious reality revealed itself. Artists like Dalí and the Belgian painter René Magritte created hyper-realistic, dreamlike visions that are windows into a strange world beyond waking life. Magritte’s La Clairvoyance (1936), for instance, in which an artist paints a bird in flight while he looks at an egg sitting atop a table, suggests a dreamscape or a hallucinatory state.

The Icons of Surrealism

Though Surrealism is indeed most associated with such flamboyant and irreverent figures as Dalí, Breton recruited a wide group of artists and intellectuals already active in Paris to write for and exhibit under his banner.

Though Surrealism is indeed most associated with such flamboyant and irreverent figures as Dalí, Breton recruited a wide group of artists and intellectuals already active in Paris to write for and exhibit under his banner.

Building on the anti-rational tradition of Dada, Surrealism counted among its members such major Dada figures as Tristan Tzara, Francis Picabia, Jean Arp, Max Ernst, and Marcel Duchamp. By 1924, this group was augmented by other artists and literary figures, including the writers Paul Éluard, Robert Desnos, Georges Bataille, and Antonin Artaud; the painters Joan Miró and Yves Tanguy; the sculptors Alberto Giacometti and Meret Oppenheim; and the filmmakers René Clair, Jean Cocteau, and Luis Buñuel.
But Breton was notoriously fickle about who he admitted to the movement, and he had a habit of excommunicating members who he felt no longer shared his particular view of Surrealism. Desnos and Masson, for example, were tossed out of the group via Breton’s “Second Manifesto of Surrealism” in 1930 for their unwillingness to support his political aims. Bataille, whose Surrealist viewpoint differed considerably from Breton’s, went on to form his own influential splinter group, the College of Sociology, which published journals and held exhibitions throughout the 1930s.

Surrealism in the Americas

As an interwar movement beginning in Paris in the 1920s, Surrealism responded to a post-World War I period that saw the slow reconstruction of major French cities, the height of the French colonial empire abroad, and the rise of fascism across Europe.
By 1937, however, most of the major figures in Surrealism had been forced to leave Europe to escape Nazi persecution. Max Ernst’s Europe After the Rain II (1940–42) reflects this fraught moment with a post-apocalyptic vision created at the height of World War II. A partially abstract work formed by “decalcomania”—a technique that entailed painting on glass, then pressing that painted glass to the canvas to allow chance elements to remain—Europe After the Rain suggests bombed-out buildings, the corpses of humans and animals, and eroded geological formations in the aftermath of a great cataclysm.
The emigration of Surrealists to various sites of refuge during World War II did, however, spread the movement’s influence across the Atlantic, where it would take firm root in the Americas. As Surrealism gained traction in the 1930s and ’40s, it brought automatic practices and an interest in psychology and mythology to a new generation of artists. Jackson Pollock’s Surrealist-inspired Guardians of the Secret (1943) exists somewhere between his earlier Social Realist works and the later drip paintings that would make him famous: it includes a recumbent jackal, two totemic forms, and a frieze of calligraphic pseudo-script.
In Latin America, Surrealism found its voice in the work of artists like Frida Kahlo, whose highly personal artistic style paralleled aspects of Surrealism without owing it any specific intellectual debt. In Arbol de la Esperanza (1946), which translates to “tree of hope,” Kahlo doesn’t depict an actual tree, but rather a dual self-portrait set in an unfamiliar landscape, a tableau that suggests both the 1925 bus accident that rendered her infertile, and the possibility of renewal. While its depiction of fantastic subject matter is reminiscent of works by Magritte or Dalí, Kahlo’s painting celebrates the everyday artistry of traditional Mexican ex voto painting. 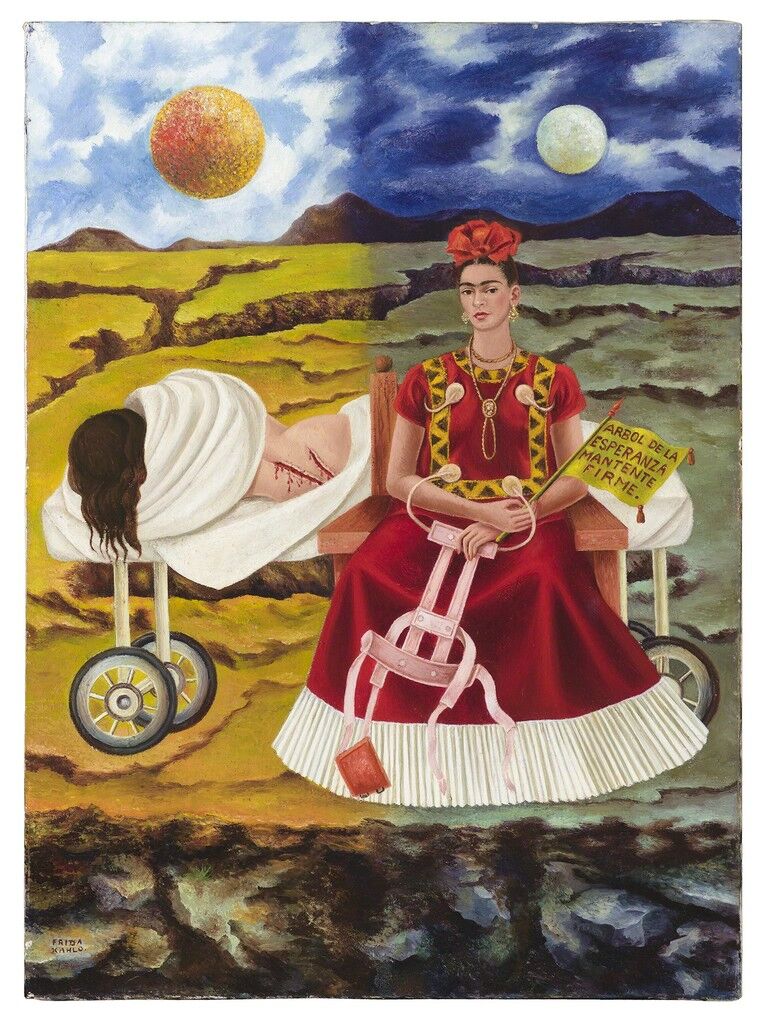 The psychological and mythological underpinnings of Surrealism also enabled non-European artists—like Wifredo Lam, a painter of Afro-Cuban and Chinese descent who studied in Madrid and Paris in the 1920s and ’30s—to delve into the native traditions of their own countries. Lam’s Les Noces (1947) intricately weaves the Cubist-Surrealist forms of artists like Pablo Picasso and Joan Miró into a representation of the Afro-Cuban ritual Santería.

Why Does Surrealism Matter?

Surrealism represents a crucible of avant-garde ideas and techniques that contemporary artists are still using today, including the introduction of chance elements into works of art. These methods opened up a new mode of painterly practice pursued by the Abstract Expressionists. The element of chance has also proven integral to performance art, as in the unscripted Happenings of the 1950s, and even to computer art based on randomization. The Surrealist focus on dreams, psychoanalysis, and fantastic imagery has provided fodder for a number of artists working today, such as Glenn Brown, who has also directly appropriated Dalí’s art in his own painting. 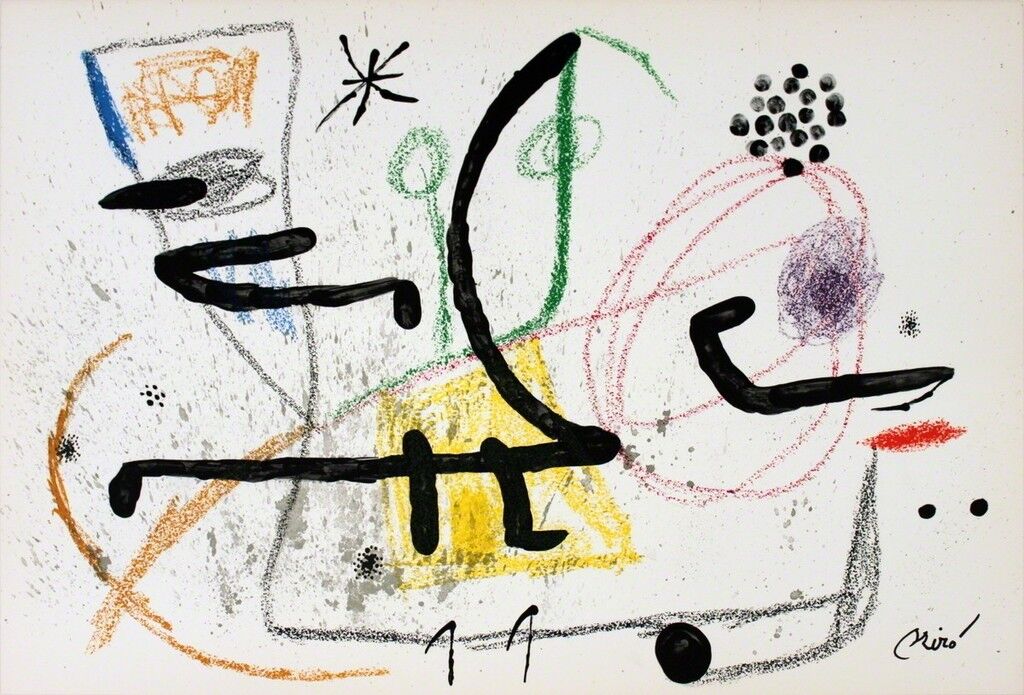 Surrealism’s desire to break free of reason led it to question the most basic foundation of artistic production: the idea that art is the product of a single artist’s creative imagination. As an antidote to this, Breton promoted the cadavre exquis, or “exquisite corpse,” as a technique for collectively creating art, one that is still played as a game widely today. It involves starting a sentence, sketch, or collage, and then giving it to another person to continue—without letting that person see what has already been written, drawn, or placed. The term derived from a simple game of creating collective prose that resulted in the sentence, “The exquisite corpse shall drink the new wine.”
Given the method’s embrace of chance and tendency to produce humorous, absurd, or unsettling images, it soon became a viable technique for creating exactly the type of unconscious, collective work that the Surrealists sought. Exquisite Corpse 27 (ca. 2011), a work completed by Ghada Amer, Will Cotton, and Carry Leibowitz, is a contemporary example of the sort of stylistically and thematically disconnected work that can arise from this Surrealist method.
The historian and music critic Greil Marcus has gone so far as to characterize Surrealism as one chapter in a series of revolutionary attempts to liberate thought that stretches from the blasphemies of medieval heretics up to the 1960s and beyond. In this light, Surrealism can be understood as the progenitor of the later, Marx-inspired art movement Situationism, 1960s countercultural protests, and even punk: a project of breaking down the rational order that society imposes on individuals.